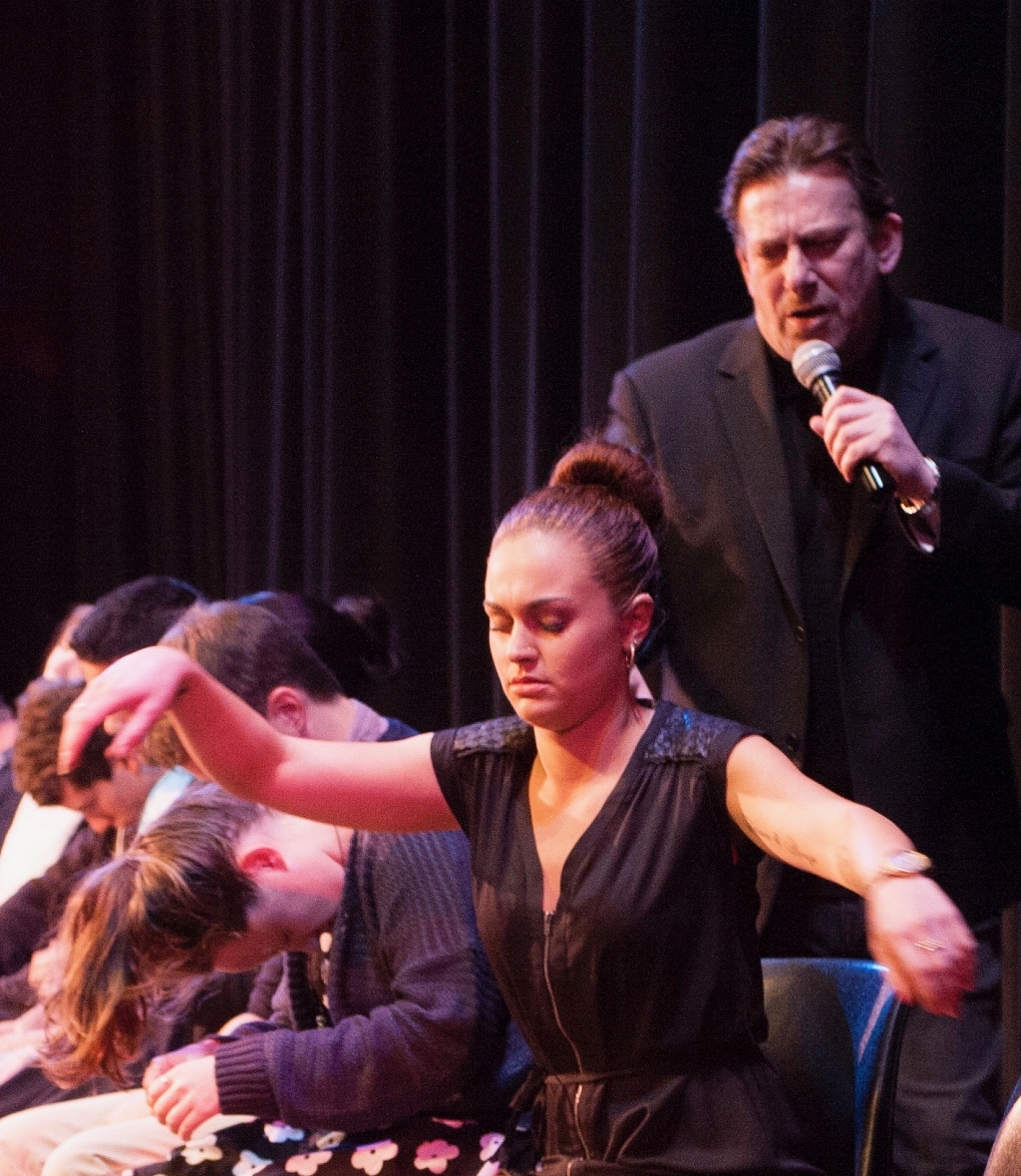 “An evening of side-splitting laughter!”

“A Totally Great Night Out”

The WORLD’S BEST HYPNOTIST returns with his hilarious one man show.

“Newton’s mischievous performance has moved perceptibly closer to the line – to the obvious delight of the audience. His fast-paced performance is a masterpiece of wind-up comedy. He kept us screeching with laughter right to the end. What lifted the proceedings even more was Newton’s skill as an entertainer, something that raises him far above all others of his ilk.”

“For nearly 40 years, Andrew Newton has thrilled audiences in New York, Las Vegas, Australia, New Zealand, South Africa, Sweden, Norway, and the UK. Newton is light years ahead of any other stage hypnotist on the circuit. See him live and you’ll understand why…”

Suitable for all ages