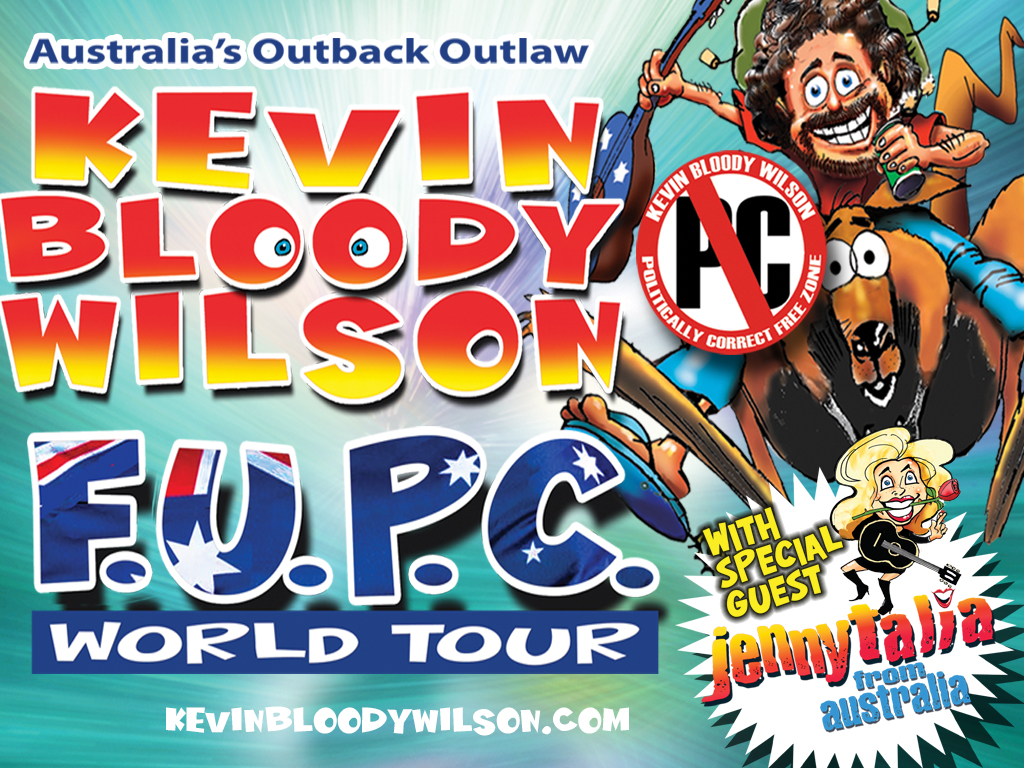 Since releasing his first hugely popular album “Your Average Australian Yobbo” in 1984 and hit songs like “Hey Santa Claus”, Kevin Bloody Wilson has become a comedy institution around the globe.  Considered the world’s funniest Australian, as dry and as rough as his Outback heritage, Kevin stands out as a beacon for PC pushback in a world almost drowning in a tsunami of Political Correctness.  His latest stage show, F.U.P.C, is no exception, spotlighting Political Correctness for what it is and how Kev sees it – a big giggle crafted in song – guaranteed to have you belly-laughing at subject matter you’re not supposed to be laughing at.  Social Justice Warriors and PC Advocates are invited to stay at home, but the rest of you are welcome to enjoy a knee-slapping, hilarious night of Kev’s common sense take on Political Correctness.