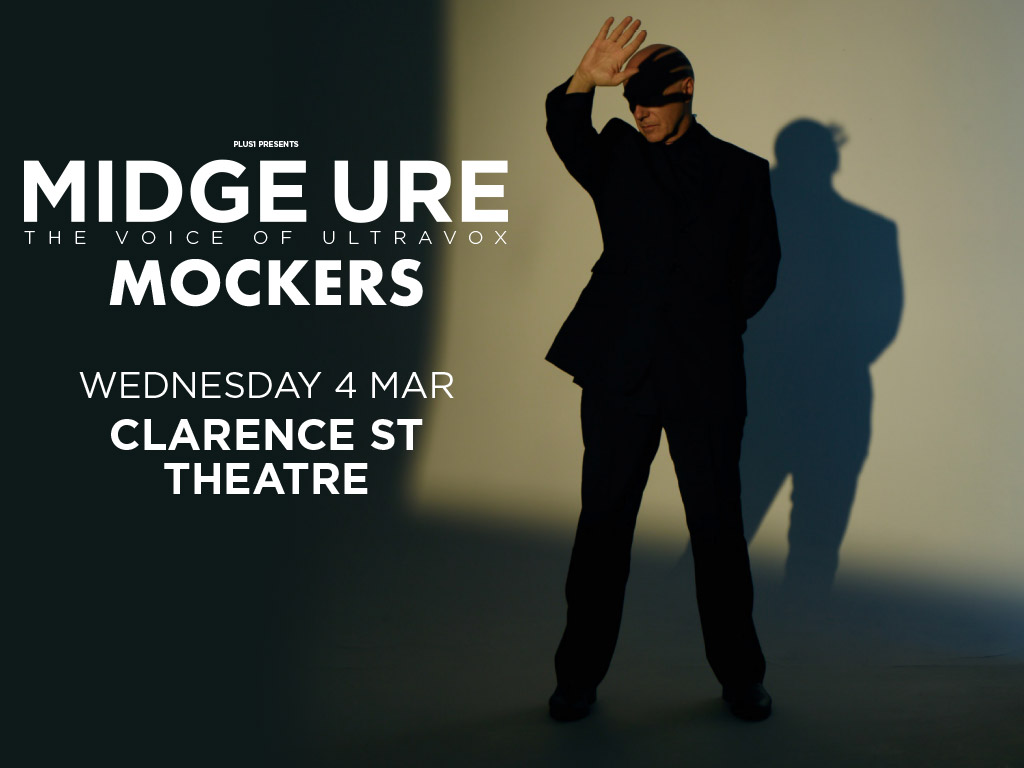 UK legend Midge Ure – the voice of Ultravox, plus local heroes The Mockers live in concert.
Midge Ure – Live Aid co-founder and Ultravox frontman brings his dynamic new group ‘Band Electronica’ to New Zealand on ‘The 1980 Tour’ – an awesome performance of the Vienna album in its entirety, plus Visage classics, and a surprise or two.

The last time Midge Ure (with Ultravox) and The Mockers appeared on the same bill was at the third Sweetwaters Festival, in Pukekawa during the summer of 81/82 – a time when the musical landscape worldwide was in the midst of great change. The guitar-driven dominance that had propelled rock and punk throughout 70s had ended, as synthesizers signalled the sound of the future and video transformed the look of the pop charts. The 1980s had exploded into life and nothing would be the same again. At the heart of this seismic leap into a futuristic new dawn were two records that set the template for much of what was to follow.

Visage’s single ‘Fade To Grey’ from the band’s debut eponymous album and Ultravox’s single ‘Vienna’ from the album of the same name. Both records were co-written, recorded and produced by one of the leading characters in British music, Midge Ure