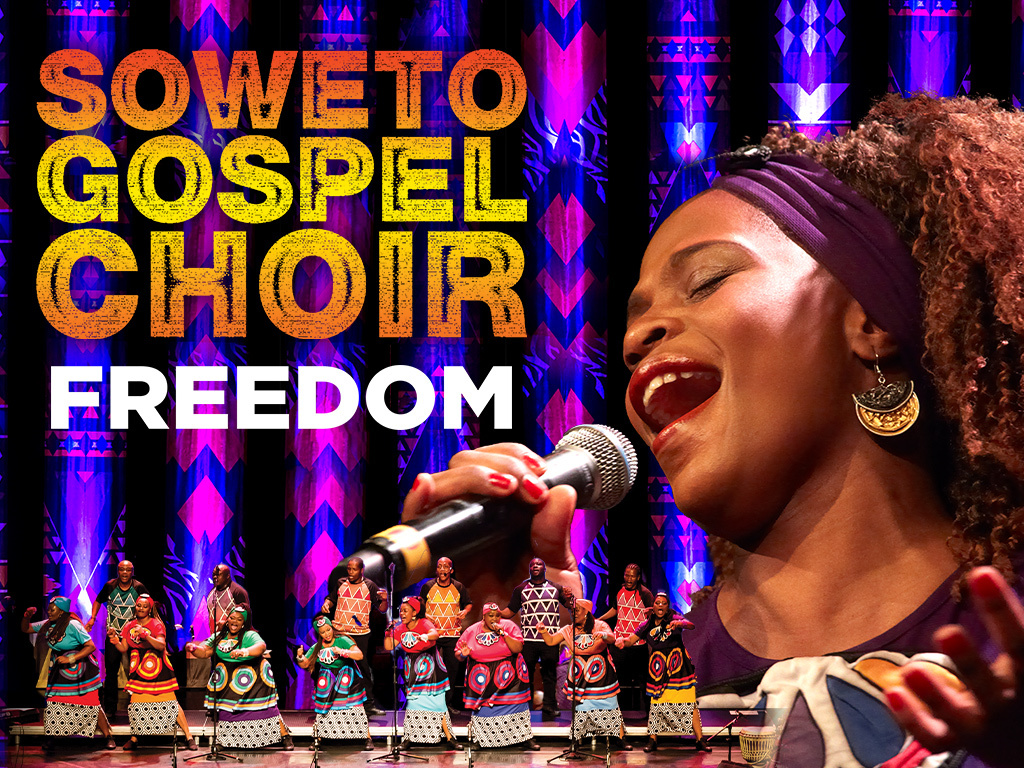 The Soweto Gospel Choir are bringing their Freedom tour to New Zealand in 2020 in honor of the father of their rainbow nation, Nelson Mandela, and South Africa’s struggle for freedom.

Following their most recent Grammy Award for Freedom (Best World Music Album), this celebrated choir invites you to enjoy the incomparable and inspirational power of African gospel music in a collection of NZ shows spanning from Auckland to Dunedin. Although the group has performed at WOMAD and the Tauranga Arts Festival previously, this will be their first New Zealand tour in eight years, opening with a performance as part of Auckland Arts Festival.

The three-time Grammy Award-winning Soweto Gospel Choir has been spreading sheer joy to audiences across the globe for nearly two decades!

Comprised of 18 of the best artists in South Africa, these uplifting performers have shared the stage with some of the biggest names in music including U2, Aretha Franklin, Stevie Wonder, Beyoncé, Ben Harper, Robert Plant, Celine Dion, Red Hot Chili Peppers and Josh Groban.